The parties in dispute were the three youngest sons of the owner of Swee Kee Chicken Rice & Restaurant, one of the pioneers in the chicken rice restaurant business in Singapore. The case concerned a dispute over interests in a family home (the “Property”). The Property was sold for SG$16.3 million and the Plaintiff claimed a 25% share of the proceeds of sale.

The crux of the dispute was over whether the Plaintiff had transferred his interest in the Property to the Defendants, his brothers, by way of an indenture of conveyance (the “Indenture”).

The HC found in favour of the Defendants and held that the Plaintiff was not entitled to the relief sought. In arriving at its decision, the HC went to great lengths to weigh all the available evidence in relation to the family’s practices and arrangements on their financial affairs and evidence on the Indenture itself. This was to ascertain the true nature and of the transfer of the Plaintiff’s rights in the property and whether it was in fact genuine, as this was in substance the backbone of the Plaintiff’s claims against the Defendants.

Importantly, the HC considered that the weight to be attributed to evidence of customs or practices as part of a chain of inferences about facts in issue is likely to be weak in most cases. More weight is to be afforded to direct evidence available before the court which displayed the intentions of the party disposing of the property. If a document reflecting a transfer of property rights exists, evidence of customs or practices have to be particularly cogent to overcome such documentary evidence.

As there was a properly signed, sealed and delivered Indenture document for valid consideration that was witnessed by a solicitor, and as the transfer was duly registered at the Register of Deeds, cogent evidence was held to be required before the HC would disregard the clear contents of the Indenture; of which there was none. This was ultimately a fundamental and fatal flaw in the Plaintiff’s case.

This case also highlights the importance of ensuring that the terms of any agreement to transfer property rights are crystalised in writing, to accurately reflect the intentions of parties and to avoid any subsequent disputes. This is especially so in familial situations, where complex arrangements based on relationships of trust and common understanding are often entered into.

The successful Defendants were represented by Dato’ Peter Madhavan of JTJB. The case is reported in Moh Tai Siang v Moh Tai Tong and another [2018] SGHC 280. 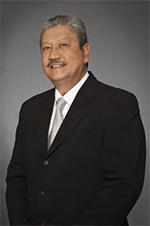