The size of the global Maritime Autonomous Surface Ships (MASS) market is projected by Allied Market Research to reach $165 billion by 2030 with the Asia Pacific region expected to drive much of that growth.

Earlier this year, The Nippon Foundation, Mitsubishi Shipbuilding, and Shin Nihonkai Ferry successfully deployed Soleil, a large, vehicle-carrying ferry, on an autonomous 240-kilometer return voyage from the port of Shinmoji in Kitakyūshū, Fukuoka, to the Iyonada sea off the eastern coast of nearby Ōita Prefecture. It was the first time for a vessel over 200 meters in length to attempt an autonomous voyage at speeds of up to 48 kilometers an hour that involved auto-berthing.

The benefits of autonomous shipping are plenty including a reduction in the potential of skills shortages in the future. Having technology replace labour can also provide massive cost savings.

But regulatory frameworks are still lacking and the timing and type of regulatory intervention can accelerate, slow or prevent the adoption of autonomous technology.

Indeed, there is a myriad of legal considerations and implications tethered to the brave new world of MASS.

Definition of autonomy – Autonomy is defined in different ways for different levels and it is intrinsically linked to the level of human involvement. The International Maritime Organisation (IMO) considered four degrees of autonomy including manned ships with automated processes and decision support; remotely controlled ships with seafarers on board; remotely controlled ships without seafarers on board; and fully autonomous ships. When it comes to MASS, while there is still human involvement in its operation, the manner, time and location of interaction are very different, which brings up legal and practical challenges.

Cybersecurity – Cybersecurity issues should be top-of-mind right at the design stages of MASS and its systems. From a legal and liability standpoint, this is crucial as measures implemented to prevent cyber attacks would be examined when cyber events occur. The development of a technology equipped with the ability to respond to every possible scenario is challenging, to say the least, and that will create issues for setting boundaries for legal liabilities including establishing reasonable criteria and parameters between shipowner, manufacturer and insurance providers.

Safe manning conventions – One of the key legal issues MASS face is the safe manning requirements that are applicable to commercial vessels. Many conventions and charterparties require vessels to be properly manned, which fundamentally contradicts MASS operations. While parties are free to amend contractual wordings, convention rules on manning are imposed by flag states. However, reports have found that existing crew sizes tend to exceed safe manning requirements. Under current legislation, fully unmanned operation is unlikely though the rules do allow for major reductions in crew sizes for most ships.

Autonomous ports – A key aspect is how ports will need to adapt to welcome autonomous ships. In order for autonomous ships to operate successfully, ports must also have autonomous berthing capabilities. Ensuring safe manoeuvring through densely traversed ports will be paramount for the IMO and regulators globally.

Collision Avoidance Regulations (COLREGS) – Currently, collision avoidance at sea is conducted by onboard crew, who keep a proper lookout, use navigation aids and tools to communicate with other approaching vessels. Under autonomous ship operations, COLREGs will need to be interpreted by both humans and systems during these ship encounters, making decisions in a mixed environment. As we move into the future of both manned and MASS at sea, ship navigators will need to communicate with both onboard and remote operators, and with autonomous navigation systems. That presents a challenging risk as operators need quickly know the type of vessels they are interacting with. The IMO needs to consider legal frameworks for when autonomous ships co-exist with traditional vessels, whether there is separation in exclusive zones from traditional vessels, and how COLREGS are to be applied equally to both kinds of vessels so onboard crew are able to predict course of action when a collision occurs.

In our next edition, we will do a deeper dive into each of these legal challenges that the MASS market faces. 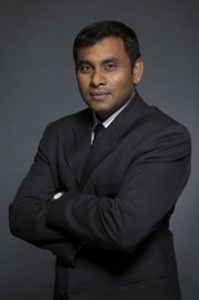 JTJB has specialised in Maritime and International Trade law practice since its formation in 1988. Today, JTJB’s maritime practice is anchored in Singapore with a network of offices across the region to serve the client’s maritime needs in Singapore and in the region. With its experience, specialist focus and dedicated network of trusted legal professionals in this region, JTJB is well placed to serve the maritime sector, and to handle and serve clients’ legal needs anytime, anywhere.