Sanctioning Russia, what it means for Singapore firms?

In an act of retaliation, Russia issued a list of countries including Singapore that “commit unfriendly actions” against the country, its companies, and citizens, and announced that all corporate deals with companies and individuals from “unfriendly countries” will have to receive Russian governmental approvals. Foreign creditors from the said list of countries can “be paid in rubles for any debts owed to them by Russian citizens, companies, regions or the state itself”.

Data from the Observatory of Economic Complexity showed that Russia’s exports to Singapore amounted toUS$97 million in November 2021 and its imports from Singapore that month stood at US$65.2 million.  Laboratory reagents and navigation equipment were among the top products that Russia imported from Singapore last November

The sanctions and restrictions imposed by Singapore aim to constrain Russia’s capacity to conduct war against Ukraine and undermine its sovereignty.

As of March 7, 2022, the Singapore Exchange Regulation (SGX RegCo) suspended the admission to trading of Russian state energy company PJSC Gazprom global depositary receipts. The Singapore Exchange has also noted that Singapore-listed firms with sanction-related businesses should suspend trading until they can show that the sanctions no longer apply to their businesses.

In addition, the Singapore-listed firms must also announce their findings on the exchange after conducting an assessment on the financial and operational impact of the sanctions. Issuers should also submit their proposals on remediation measures within 12 months from the date of suspension and implement the same within 6 months of approval by the authority.

An issuer may be deprived of the rights to trade or issue shares on the Singapore Exchange in the event of a failure to comply with the submission requirement and to execute the approved measures.  More broadly, issuers should also be taking note of the Guidance on “What SGX expects of issuers in respect of sanctions-related risks, subject or activity” issued by the SGX RegCo. The Guidance sets out expectations if an issuer, or any person or entity closely associated with the issuer, is exposed to sanctions-related risks.

In summary, Singapore’s sanctions against Russia would directly impact financial institutions’ dealings with Russian banks and state-linked businesses, as well as imports and exports:

There are now also restrictions on cryptocurrency transactions. Financial institutions are prohibited from facilitating transactions involving cryptocurrencies that could allow Russian entities to circumvent any of the above prohibitions.

It is important for companies to conduct a risk assessment and seek legal advice on the applicable sanctions and the steps that can be taken to minimise the company’s exposure to liability. Some instances where your company may be affected are where payments have to be made to or from Russian entities (whether directly or indirectly), delays in deliveries and price increases caused by disruptions in the supply chain. Businesses should embrace this opportunity to look into their sanctions programme and strengthen their governance framework as part of their ESG strategy. 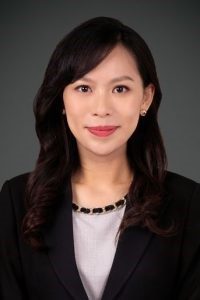